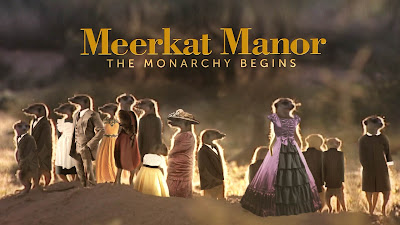 The popular show dramatized the comings and goings of a family of meerkats in the Kalahari Desert of South Africa.

Narrated by British actor Rupert Graves, the series presents the drama of meerkat life with a period drama spin. The series will air on Discovery Family Channel on Tuesdays at 8 p.m.