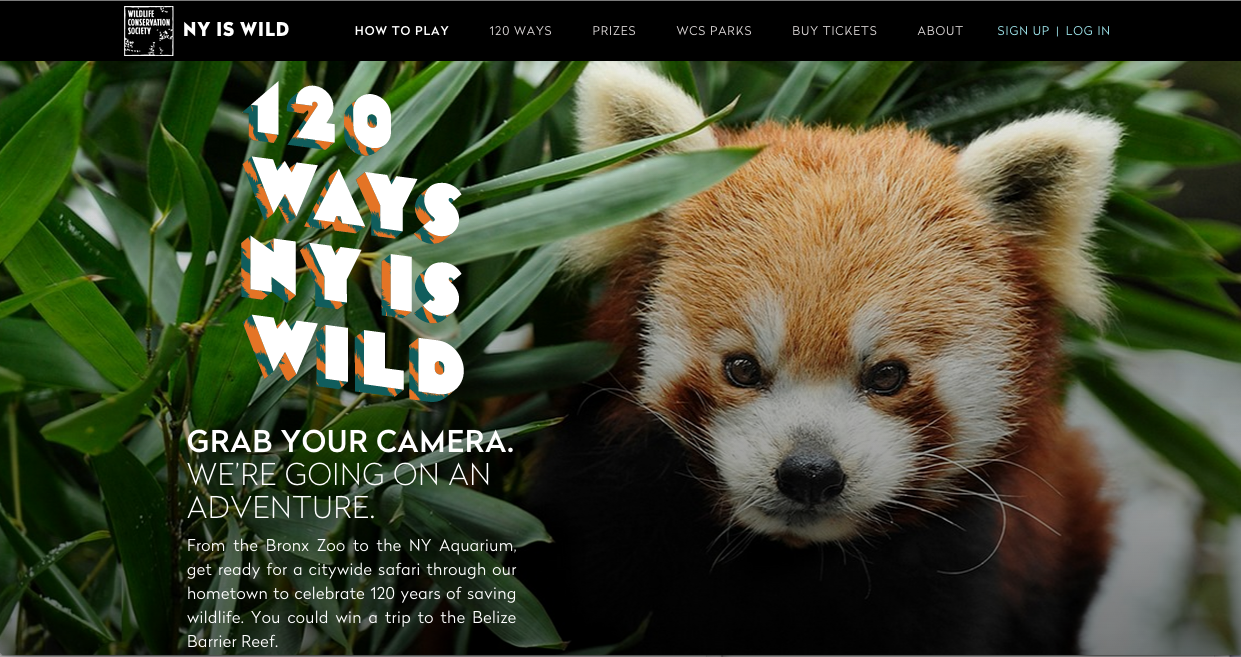 Wildlife Conservation Society is celebrating the 120th anniversary of its founding and has launched a city-wide social media photo safari at www.NYisWild.com to mark the occasion.

From now through Sept.7, participants can register and embark on the city-wide adventure by tagging qualifying photos of the 120 ways NY is wild with the corresponding number and the hashtag #NYisWild. (Example: Saw a sea lion having lunch @BronxZoo. #NYisWild #1 of 120. ).

WCS, with its headquarters based at the Bronx Zoo, was founded on April 26, 1895. The organization operates the Bronx Zoo, Central Park Zoo, Prospect Park Zoo, Queens Zoo and the New York Aquarium, and conducts field conservation programs in more than 60 nations and in all the world’s oceans.

The photo safari’s grand prize winner will have a chance to see our conservation work in action in Belize where we are working with the community to conserve the area’s reef system and wondrous marine wildlife.
Participating adventurers who register and tag 10 of the 120 photo tasks will be automatically entered to win a trip to Belize where WCS works to protect one of the most biologically diverse reefs in the world. Additionally, one of these grand prize trips will be awarded to a professional educator as to emphasize the educational importance and focus of the WCS operated zoos and aquarium.
Other prizes for participation in the 120 Ways NY is Wild photo adventure include: a WCS premium family membership to all five parks (Bronx Zoo, New York Aquarium, Central Park Zoo, Prospect Park Zoo, and Queens Zoo); a whale watching tour for with WCS scientists; a season pass for National Geographic Live; an opportunity to become a sea lion keeper for a day WCS’s New York Aquarium; and a weekend getaway in the Adirondacks with WCS conservationists.

Tickets to each of the five WCS wildlife parks are discounted 20 percent at www.NYisWild.com. 120 tickets to each of the parks will be given away for free on April 26 to mark the date of the official anniversary. The time and place of the free ticket release will be announced on Twitter at @BronxZoo. Special historical tours of the Bronx Zoo will be a part of that day’s activities.

Contest rules and restrictions do apply. Visit www.NYisWild.com for more information and register.