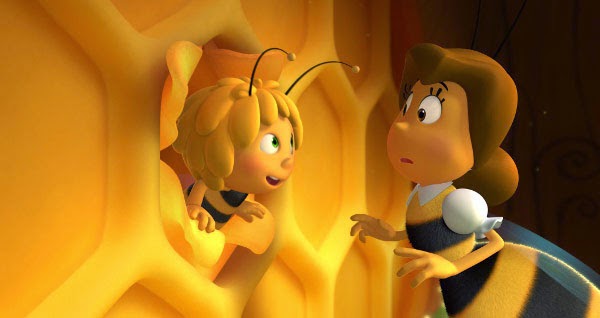 The animated feature “Maya The Bee Movie” will open theatrically in Los Angeles and New York on Fri., May 1.

Based on the well-known children’s novel, this light-hearted family movie offers an immersive cinematic adventure into a spectacularly macroscopic, richly-detailed world.

Originally a German children’s novel by Waldemar Bonsels, “The Adventures of Maya the Bee” was published over a hundred years ago in 1912. Since the original publishing, the book has been translated into many other languages and enjoyed by children all over the world.

Email ThisBlogThis!Share to TwitterShare to FacebookShare to Pinterest
Labels: Maya The Bee Movie