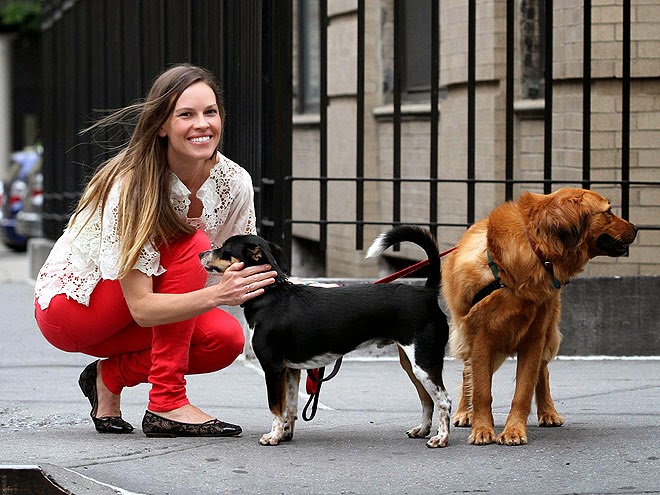 At the black-tie gala – which is now in its 18th year – the ASPCA will present Swank with the  Compassion Award, and Falco with the Voice for Animals Award. Actress Lake Bell and Designer Isaac Mizrahi will co-emcee the event.

“Hilary Swank and Edie Falco have as much compassion as they have talent, and we’re thankful they’ve chosen to dedicate considerable time and energy to help animals in crisis,” said Matt Bershadker, President and CEO of the ASPCA in a statement. “The work they’ve done has helped save and protect countless lives, and the ASPCA is proud to recognize their commitment with these awards.”


The Compassion Award recognizes noteworthy individuals in entertainment and the arts who have made outstanding contributions to animal welfare in the United States. Leveraging their creative talents and prominence, these artists have brought attention and action to the plight of vulnerable homeless dogs and cats, helping immeasurably to protect and save their lives.

The Voice for Animals Award recognizes influencers, celebrities and entertainers who have leveraged their expertise on behalf of the ASPCA to help animals in crisis. Using traditional and modern media, they have made a remarkable impact on our mission to rescue vulnerable and victimized animals across the country.

The theme of the event is “Pup Art,” and will feature playing cards that showcase photos of dogs and cats from the adoption center in Manhattan, reproductions of dog and cat portraits by Andy Warhol, licensed by The Andy Warhol Foundation for the Visual Arts.

Information, www.aspca.org.
Posted by raymondaedel@gmail.com at 8:53 AM